The City of Lynn will return to modified Phase 2, Step 2 this Friday, December 18th. Click here to read more.

The National Weather Service’s Boston branch has issued a Winter Storm Warning for most of southern New England ahead of the storm. It will be in effect from Wednesday at 7PM until Thursday at 1PM.

Snow will be heavy at times overnight, with rates as high as 1-2 inches an hour, before tapering off by Thursday afternoon. If you must travel it is being recommended that you keep an extra flashlight, food, & water in your vehicle in case of an emergency.

In addition to the heavy snowfall there will be strong wind gusts with the approaching storm, particularly along the coast (35-45 mph) and the Cape and Islands (50-60 mph). This may result in isolated power outages. Please check the National Grid Power Outage map by clicking here if you experience any issues. 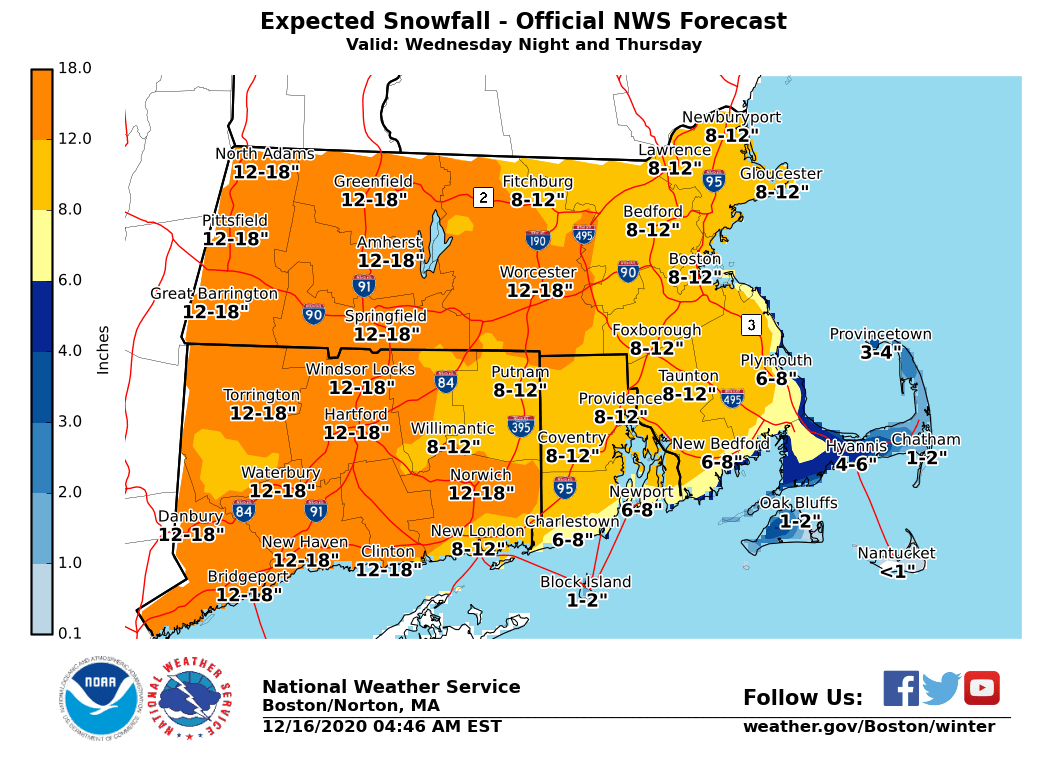 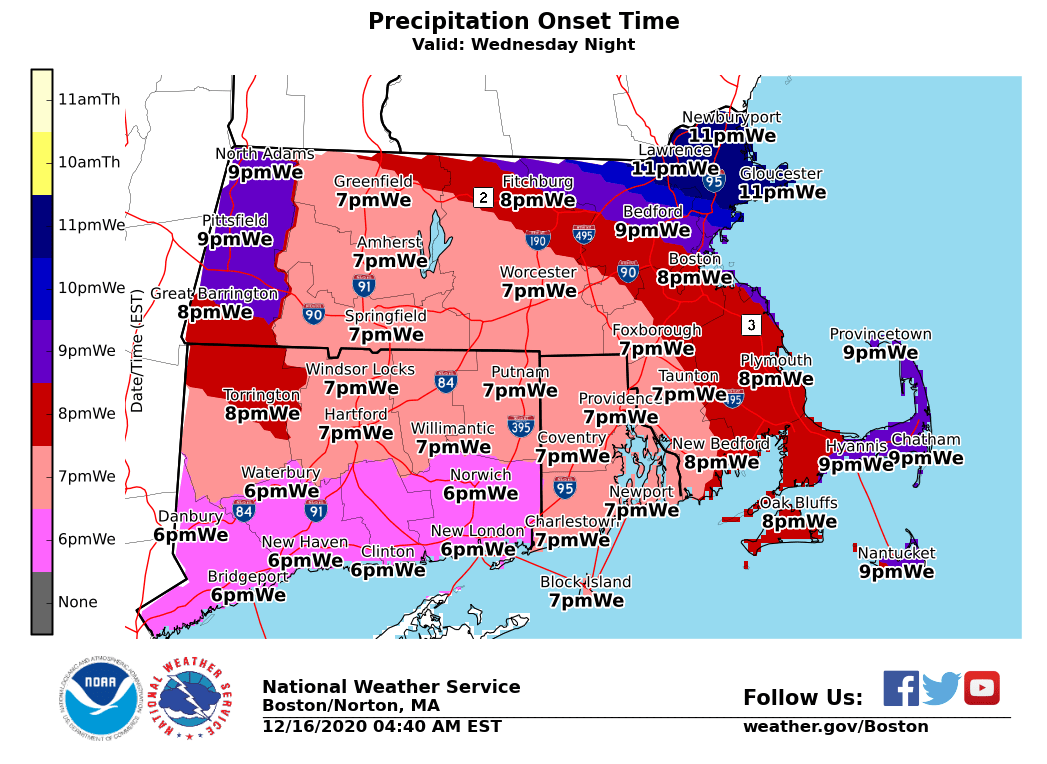 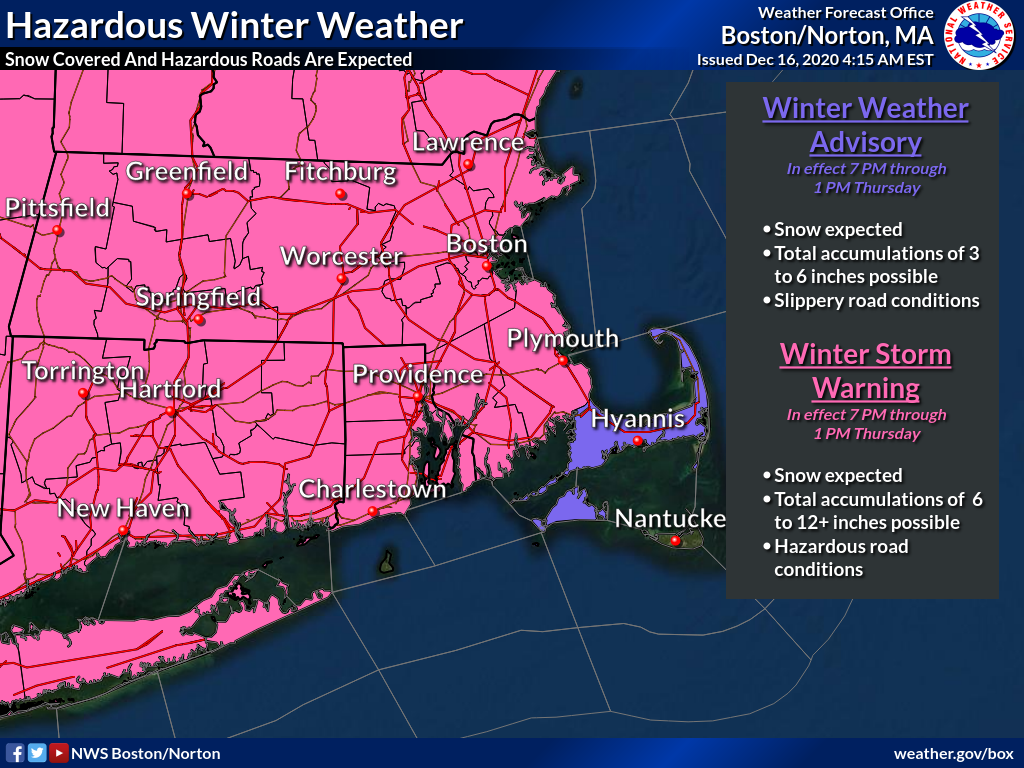 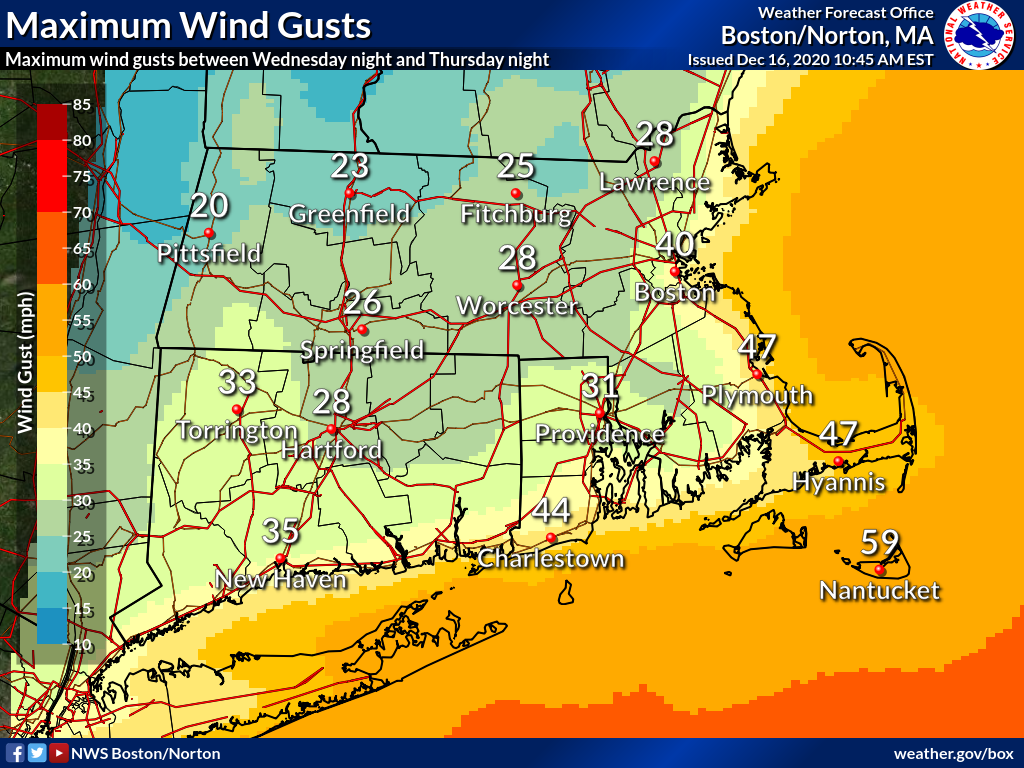 Click the images above for graphics courtesy of the National Weather Service.

END_OF_DOCUMENT_TOKEN_TO_BE_REPLACED

Information related to school plans will be shared and families will have the opportunity to ask questions. The town hall will be conducted in English and Spanish.

END_OF_DOCUMENT_TOKEN_TO_BE_REPLACED

ICYMI: Yesterday we received guidelines for school transportation this fall and an update from the Lynn Public Schools.
Read these stories by clicking here.

New show from GLSS comes to LCTV
starting this Monday

We are proud to welcome Greater Lynn Senior Services as our newest sponsor members! They have developed and will be producing a monthly show that we will be airing Mondays at 10:30AM, Wednesday at 9PM, & Fridays at 5:30 PM.

Below is a description from GLSS of this new show: END_OF_DOCUMENT_TOKEN_TO_BE_REPLACED

Richard Coppinger (HR/Finance Manager, LCTV) & Joe Scanlon (Treasurer of the Board of Directors, LCTV) talked with Mr. Costin for three episodes. The first episode primarily covered his early life, time in Lynn politics, and his introduction to the Kennedy family.

The second and third episodes dove more into his time as Postmaster of Lynn, a career which spanned over three decades and left a lasting effect on the Postal Service both regionally and nationally. We also discussed his friendship with John F. Kennedy and the rest of the Kennedy family, as well as his reaction to President Kennedy’s assassination.

END_OF_DOCUMENT_TOKEN_TO_BE_REPLACED

LCTV is proud to announce that we are finalists for 3 awards at the MassAccess MA Creator Awards! Two episodes of Lynn Uncovered & a short on boxers training for the Olympic team are finalists in their categories for this award honoring the best media creators in MA.

This awards ceremony is organized by MassAccess, a member-based advocacy group for community media centers in Massachusetts. MassAccess works to network centers with each other,help pass legislation intended to help improve services, and more. Lynn Community TV is a long-time member of this organization, and is proud to support their efforts.

END_OF_DOCUMENT_TOKEN_TO_BE_REPLACED

We’ll be playing special holiday programming every Saturday until Christmas, and Christmas Day! Click the flier for the schedule.