REMINDER: Early voting is available at Lynn City Hall until tomorrow!
Visit the link above for more information.

The evening group will be held next Thursday evening at 7:30 PM and families should contact me to receive the Zoom link to attend.  Jayna Doherty will lead the discussion about ways parents can support their child’s learning at home.  Please contact me with any questions. 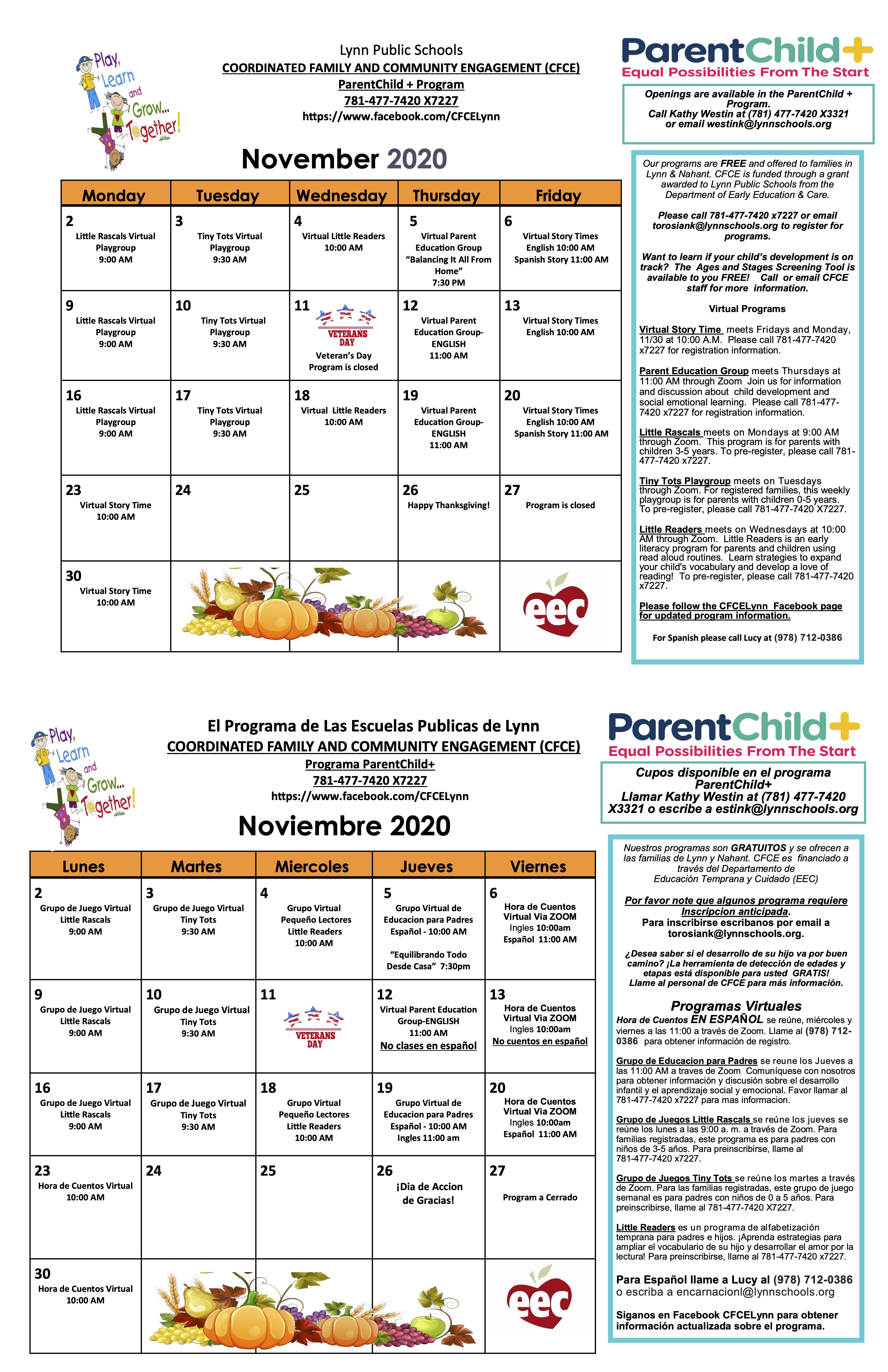 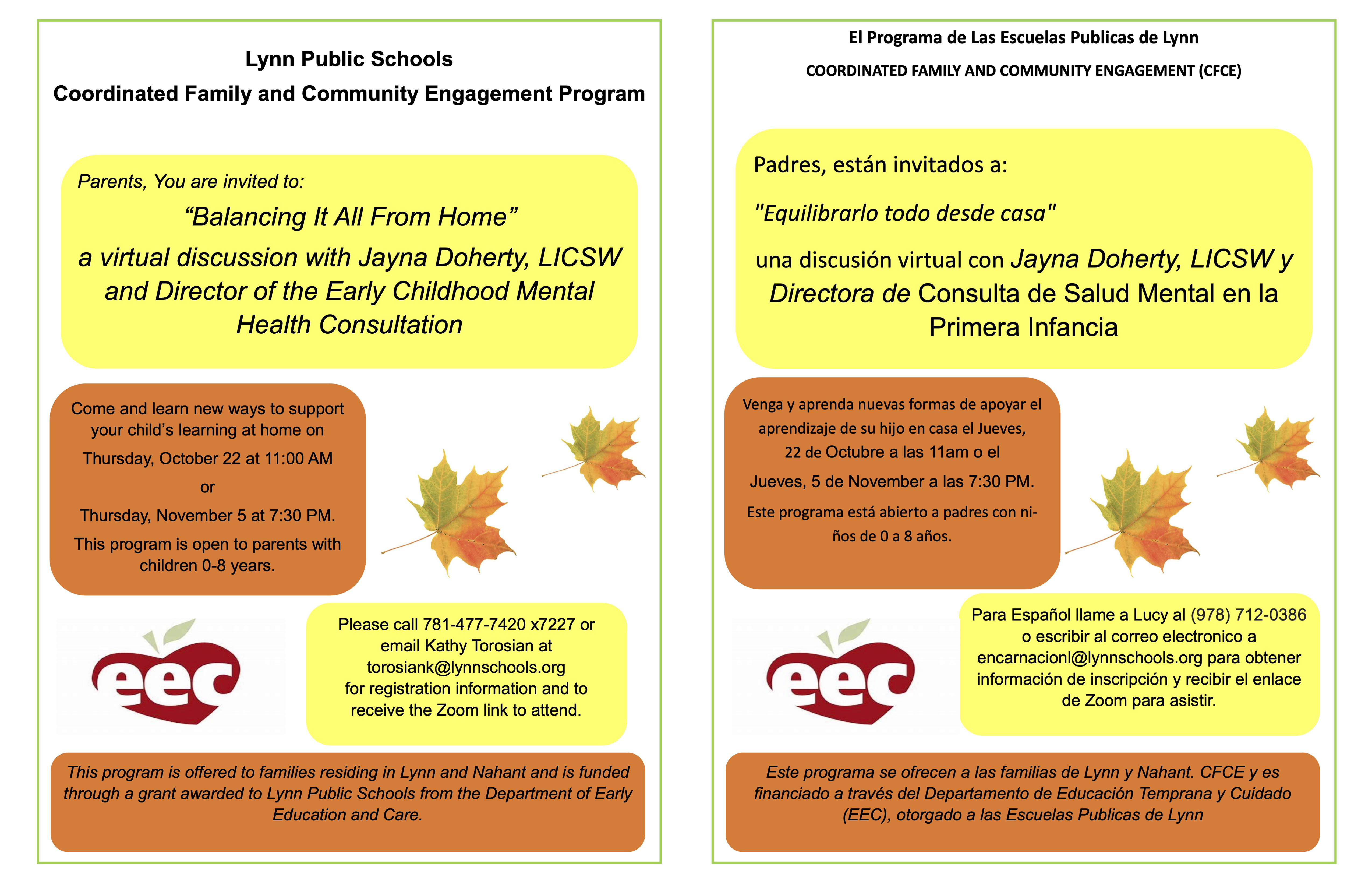 Click images above for full-resolution fliers in English & Spanish.

The above information was provided to us by CFCE Lynn. 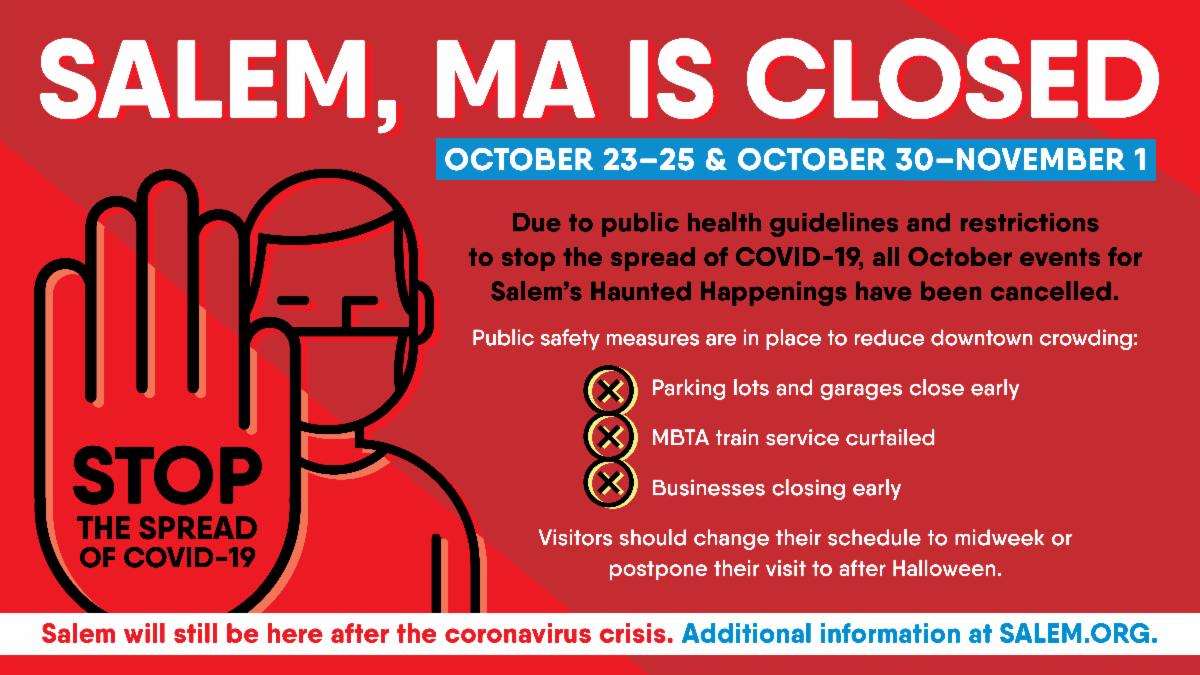 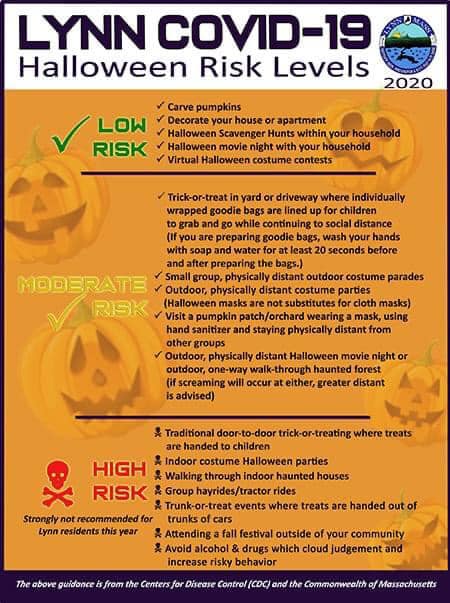 From GLSS: In the November show, GLSS TV honors our veterans —  Vietnam era Veterans in particular. The show will also look  at a unique collaboration between GLSS, The Food Project, and the city of Lynn. There will be some exercises around good balance and best of all, a taste of the best pumpkin pie ever, that YOU can make.

You can watch the latest episode of GLSS TV on our Public Access Channel (Comcast: 3 / Verizon: 38) Monday at 10:30 AM, Wednesday at 9:00 PM, & Friday at 5:30 PM. November’s episode will be out soon, but you can watch old episodes anytime on our website by clicking here to go to our Video on Demand section. There you will find many shows produced by our members like The Endzone, Receive Your Miracle, & Common Sense (AKA Frankly Speaking)! 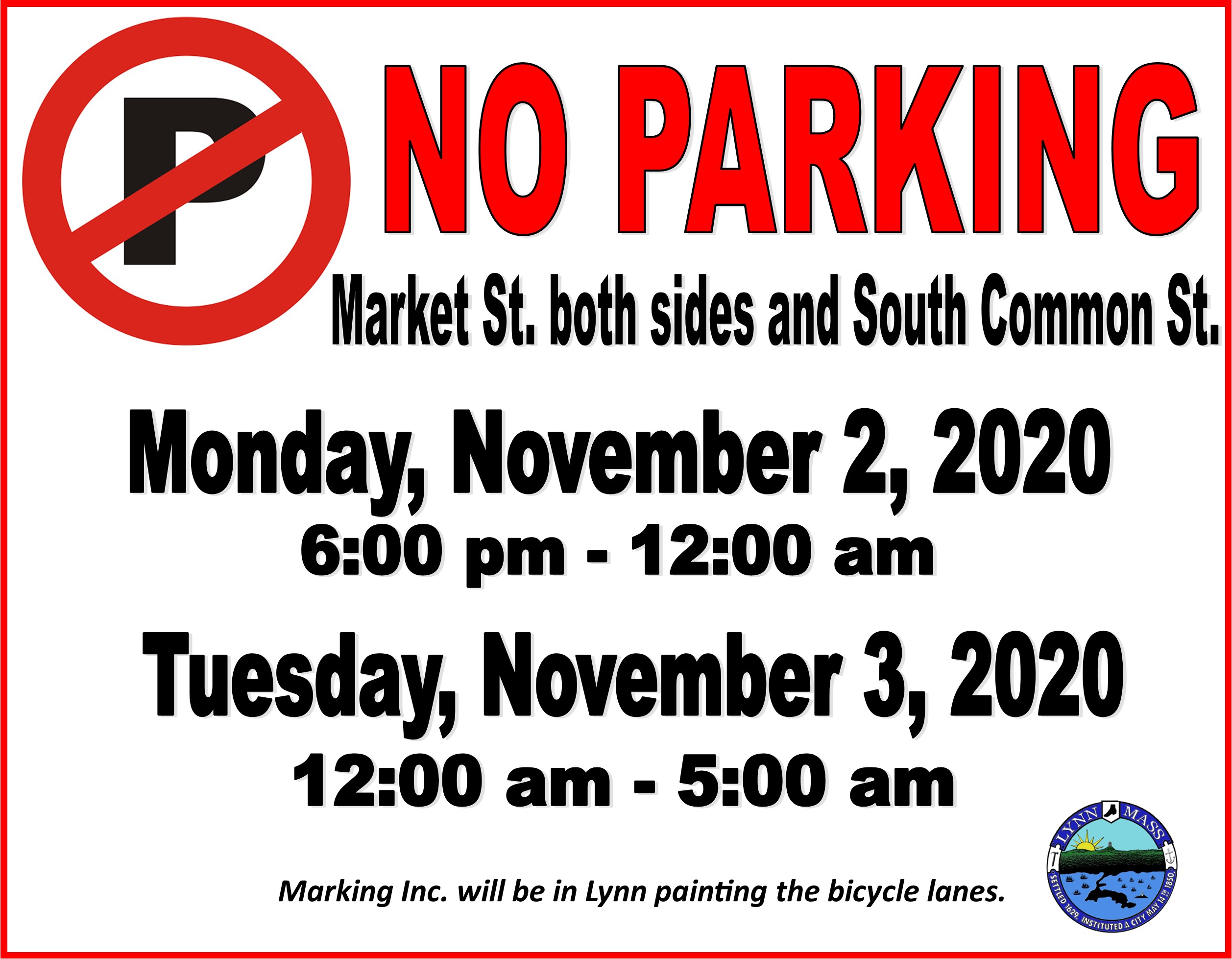 Special double-feature this Saturday on LCTV for Halloween!

We’re getting in the Halloween spirit! Recognizing that traditional trick or treating may not be possible for a lot of families this year, we are offering a socially-distant, grab and go style Halloween trick-or-treat in the Museum Courtyard on Friday, October 30th between 3-6pm (or until supplies last).

Bags include a treat, bubble wand, and special Halloween item. Costumes are encouraged, but not required!

In order to adhere to safety protocol, there will be one entrance and one exit. Participants should enter the Museum Courtyard at 590 Washington Street and exit through our rear Courtyard gate (towards the parking lot).

We will have socially distant markers on the sidewalk, an outline of the walking path families should take, as well as hand sanitizer stations at the entrance and exit. Masks are required. 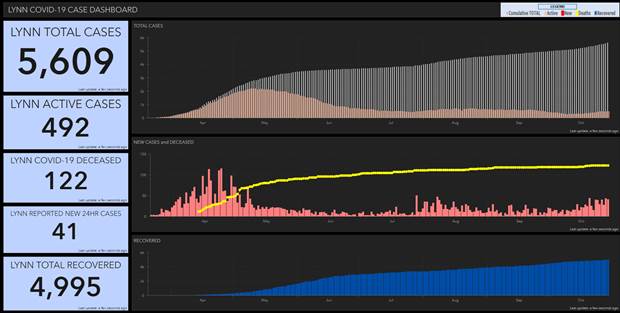 From Mayor McGee’s office: The Lynn Public Health Department has confirmed that as of today, the number of active, confirmed positive COVID-19 cases is 492 with 41 new cases today. 4,995 Lynn residents have recovered and 122 have died. The total number of confirmed positive COVID-19 cases in Lynn since March 21, 2020, including those who have died and recovered, is 5,609. Please visit the City of Lynn COVID-19 Data Dashboard which is updated daily.

o    Parking Lot behind Fire Station at 725 Western Ave, off of Federal Street

o    Residents who have been tested for COVID-19 through Fallon Ambulance can call 617-765-0176 with any questions related to your COVID-19 test results.