Every week on the MA Department of Public Health releases numbers for how COVID-19 has impacted the state, and we try to highlight some of these numbers so the community is informed. Their numbers factor in the past week as well as the week before, giving 2 weeks worth of data.

The outlook for the nation is not much better. We currently have 11.8 million cases, gaining 1 million cases in just 1 week after reaching 9 million cases only 3 weeks ago. We have seen daily record numbers of cases the last several weeks, with yesterday seeing an all-time high of 187,000 cases reported in just one day. The death toll nationwide is at 252K, with close to 2,000 in the last 24 hours alone.

Communities with populations less than 10,000 residents, between 10,000 & 50,000 residents, & more than 50,000 residents have had new metrics applied to them. Their results fall into 4 color categories; grey, green, yellow, & red. Positivity rates & average daily cases will continue to be determined by two-week rolling average. Officials say the new categories help to make the community-specific data more nuanced, and better account for increases in cases in smaller communities. They will also incorporate examples where cases at colleges, nursing homes, or jails may push an entire community into the red category. The new metrics are as follows:

If you would like to find out full statistics for the entire state, including maps & town-by-town data, you can find the full weekly report from MA Dept. of Public Health by clicking here.

This event will be aired on our Public Access TV Channel on Friday, November 27th at 7pm. It will be available to watch on TV (Comcast: 3 / Verizon: 38), on our website, YouTube channel, & Facebook page simultaneously.

The above information was provided by Lynn Public Schools.

What is Pandemic EBT (P-EBT)?

P-EBT is a benefit that provides funds to buy food for students who have lost access to free or reduced-price meals because schools are closed.

Do I qualify for P-EBT?

All students in Lynn public schools qualify for free school meals and therefore should get P-EBT for as long as there is remote learning in the 2020-2021 school year.

When will I get P-EBT? Why have I not gotten P-EBT for October or November?

All students in Lynn public schools were eligible to get P-EBT from March through June, and in September 2020. Students should have gotten $399 of P-EBT in the Spring and $5.86 per day for the days of remote learning in September.

You will also get P-EBT for October, November, and as long as remote learning continues. The federal government unfortunately delayed giving guidance to states on how to pay out P-EBT in October and November. The guidance was finally received mid November and P-EBT benefits should be going onto cards, hopefully by mid-December. You can find updates at ​map-ebt.org​.

How will I get my P-EBT benefits?

If you currently get SNAP (food stamps) or TAFDC (cash assistance), your P-EBT benefits should be added to your existing EBT card. If not, you should have received a P-EBT card in the mail, as well as a second piece of mail with instructions on how to activate your card.

I lost my card or never got one – what do I do?

You can request a new card by:

P-EBT cards were mailed to the address that your school had on file. If you moved recently, please report your new address to your school. If you cannot get your card replaced, call your local legal services advocate: ​masslegalhelp.org/find-legal-aid

Using your P-EBT Card does NOT impact your or your child’s immigration status. The public charge rule does NOT apply to P-EBT benefits.

How do I activate my card?

How can I check my balance?

Call the number on the back of your P-EBT card to check how much money is on your card.

For more info. contact Aparna Raghu via email by clicking here.
The above information was provided to us by AmeriCorps. 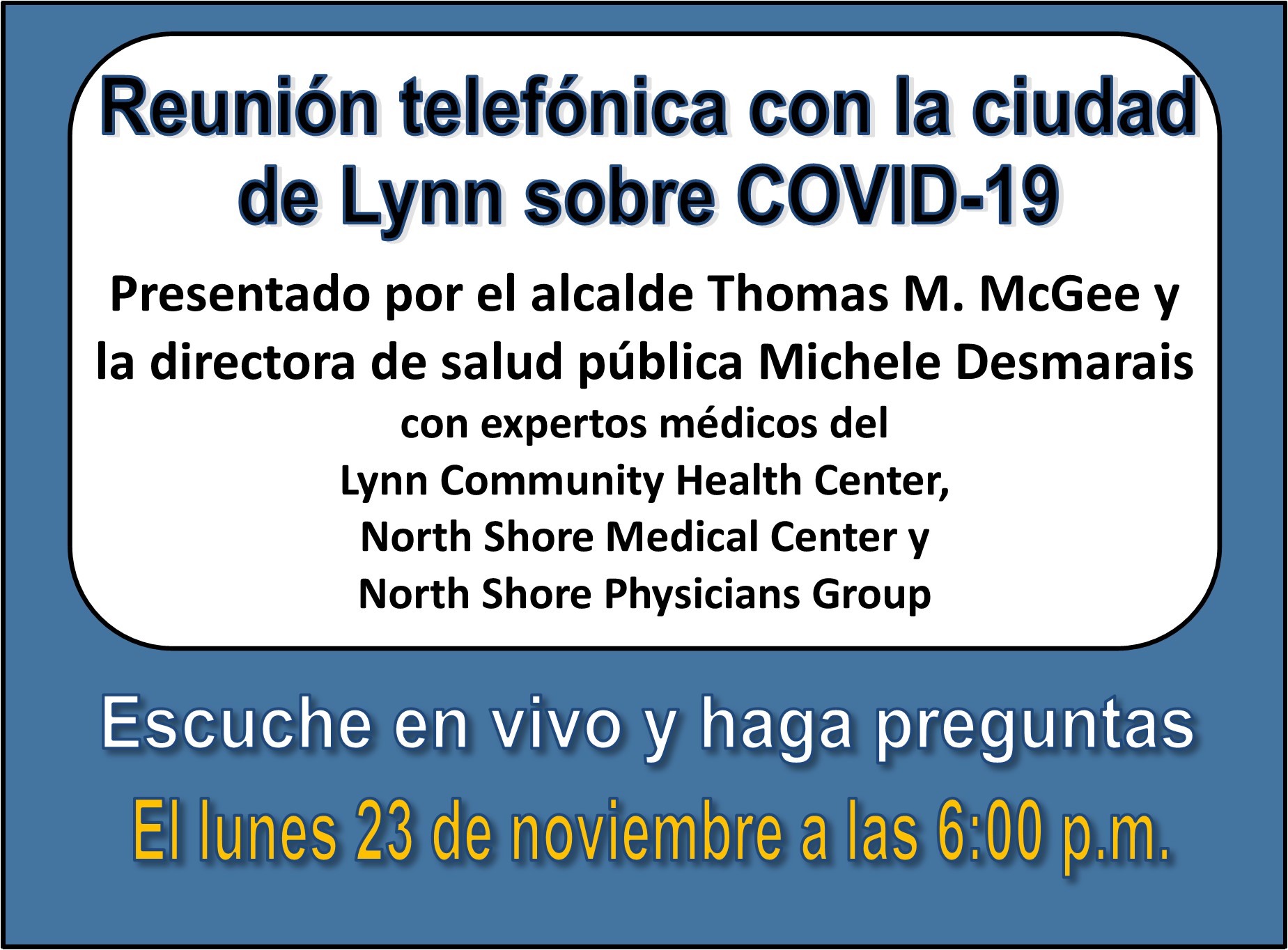 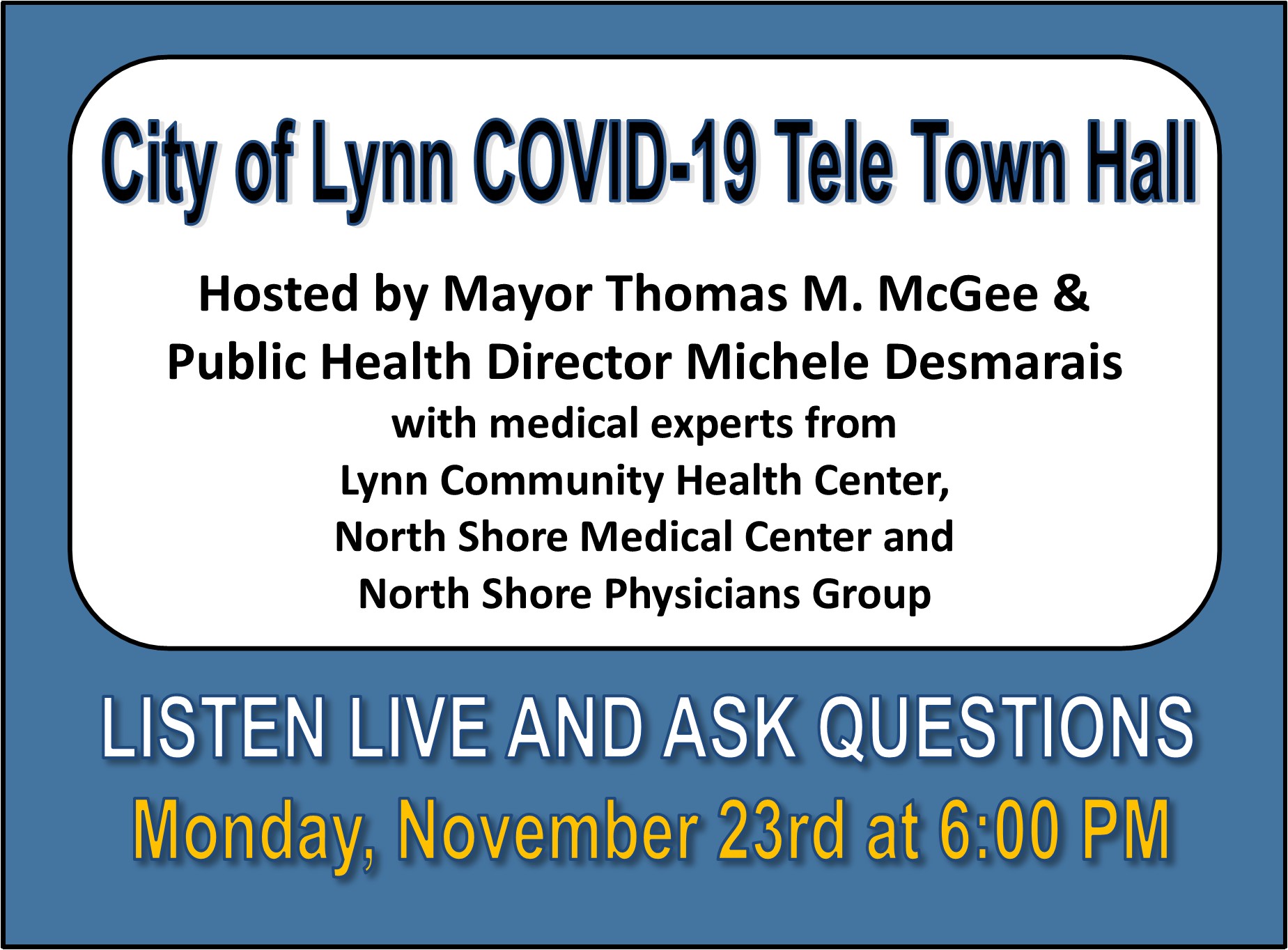 You can participate in English & Spanish. 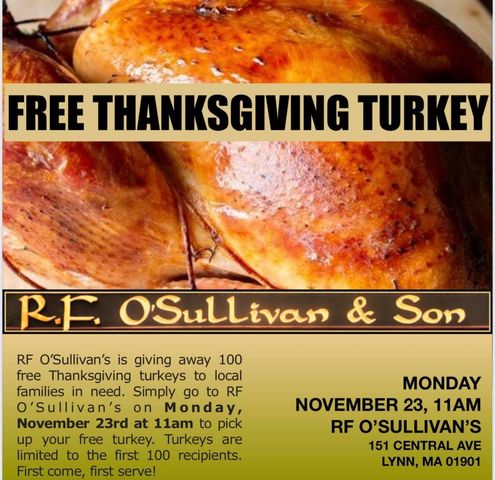 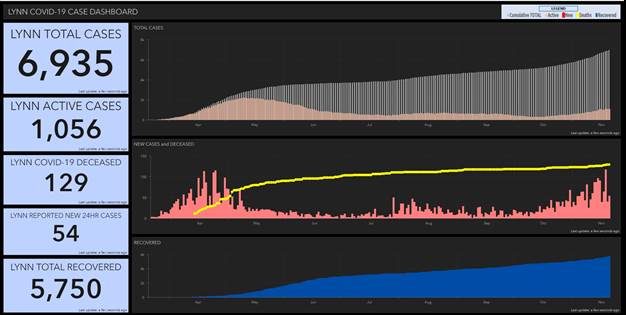 From Mayor McGee’s office: The Lynn Public Health Department has confirmed that as of today, the number of active, confirmed positive COVID-19 cases is 1,056 with 54 new cases today. 5,750 Lynn residents have recovered and 129 have died. The total number of confirmed positive COVID-19 cases in Lynn since March 21, 2020, including those who have died and recovered, is 6,935. Please visit the City of Lynn COVID-19 Data Dashboard which is updated daily.

Residents will receive a phone call from the City of Lynn at 6:00PM on Monday evening and should remain on the line to join the town hall. There will be two simultaneous events offered, one in English and one in Spanish. For those residents who want to join the Spanish Town Hall, they will be offered the option to do so throughout the call. You can join the town halls at the following links: