The City of Lynn is currently in a modified Phase 2, Step 2 until further notice. Learn more by clicking here.

The City of Lynn is dealing with a serious surge of COVID-19 cases. Last Tuesday a new 24-hr new case record was broken with 210 new cases, breaking the previous record of 196 set only a few weeks ago. Since Dec. 23rd it has been rare for that number to be below 150, and before that numbers were consistently getting higher. We have seen a steady increase of new cases since the end of October, but in good news deaths related to COVID-19 seem to have slowed in the city with only 10 deaths reported in November & 23 in December.

In Massachusetts we are dealing with several pieces of troubling news in regards to the spread of COVID-19. Yesterday there were 74 deaths and 5,500+ cases reported in the state, with a positivity rate of 7.99% (which has been steadily increasing). As calls grow to re-open schools across the state new numbers are being released that may slow that process. From Jan. 7-13 there were 523 students & 407 staffers across the Commonwealth that tested positive for COVID-19. These cases don’t include those learning remotely & are only for those that reported a positive test within 7 days of being inside school buildings. These numbers are from the Department of Elementary and Secondary Education, who estimate approx. 450,000 students & 75,000 staff currently in public school buildings.

The outlook for the nation is not much better. The United States currently has 23.4 million cases, with 93.2 million cases reported worldwide. Daily records have been broken for new cases & deaths within 24 hours constantly for months, in particular the last several weeks, proving right predictions that the holiday season would lead to higher numbers. The death toll in the US now sits at approx. 389,000, with over 3,973 dying yesterday alone. Last Thursday the 24-hour deaths record was set with just over 4,112 dead before it was broken again this past Tuesday with 4,406.

If you would like to find out full statistics for the entire state, including maps & town-by-town data, you can find the full weekly report from MA Dept. of Public Health by clicking here.

UPDATE FROM LYNN COMMUNITY HEALTH CENTER: We will have COVID-19 Testing this weekend on Saturday and Sunday (January 16 & 17) from 11:30 am – 4:30 pm.
Learn more about testing in Lynn by clicking here.

First Responders and Congregate Care settings (through the Federal Pharmacy Partnership Program) are now being vaccinated. For phasing details and the most up-to-date status of where Massachusetts is in our vaccination timeline, visit mass.gov/covidvaccinephases

Note, all groups will continue their vaccination until complete. Each group’s period of vaccination is rolling, and not all group members will be vaccinated on day one of their period.

The above info. was taken from the State of MA Government’s Facebook Page

Lynn City Hall and other public buildings will continue to remain closed with city services being provided remotely through January 31st, while our community continues to deal with the ongoing surge in COVID-19 cases. Staff will return to work in person starting the week of February 1st on an alternating A/B week schedule, keeping interactions and the number of employees in the building at one time limited.
At that time, all meetings and public interactions will continue to be virtual and contactless. The decision for a limited opening to the public based on the safety of employees and the community will be further deliberated and announced at a later date in February.
For information on how to access city services virtually, please go to lynnma.gov. Thank you for your patience and understanding during this time. We will continue to provide updates as they become available.
The above press release was sent to us by Mayor Tom McGee’s office.

The City of Lynn is designing green infrastructure pilot projects that will improve stormwater management, mitigate flooding during storm events, and reduce urban heat island effects in the community as part of its implementation of the Strawberry Brook Resilient Stormwater Management and Implementation Plan. This project is funded through a $199,090 grant award from the Commonwealth’s Municipal Vulnerability Preparedness (MVP) Action Grant program, which provides technical and financial support for cities and towns to implement projects to increase resilience for climate change.

Over the next year, the first pilot projects will be installed along the Boston Street corridor, and designed for future installation at Barry Park/G.E.A.A. Field, and the City seeks input from the public on these resiliency projects.

More information about the pilot projects are available through a short video (in English and Español), and residents are encouraged to participate in our survey (in English and Español) before January 31 to share what improvements they’d like to see along Boston Street and at Barry Park. Survey respondents will be eligible to win a $25 gift card as a thank you for feedback. Visit the project website for more information about this project.

The green infrastructure elements in consideration for these areas could include bioswales, tree box filters, permeable pavement, and planters. These tools can improve stormwater management, reduce urban heat island effect, and provide for a more attractive and environmentally-friendly public realm. The feedback collected through this survey will help generate a design that not only creates environmental benefits but also meets community goals and preferences.

If you would like to receive updates on this project or have questions, please email Aaron Clausen, City Planner (aclausen@lynnma.gov), or Weston and Sampson, the Town’s MVP Certified Provider, at Nadeau.joanna@wseinc.com.

The above press release was sent to us by Mayor Tom McGee’s office. 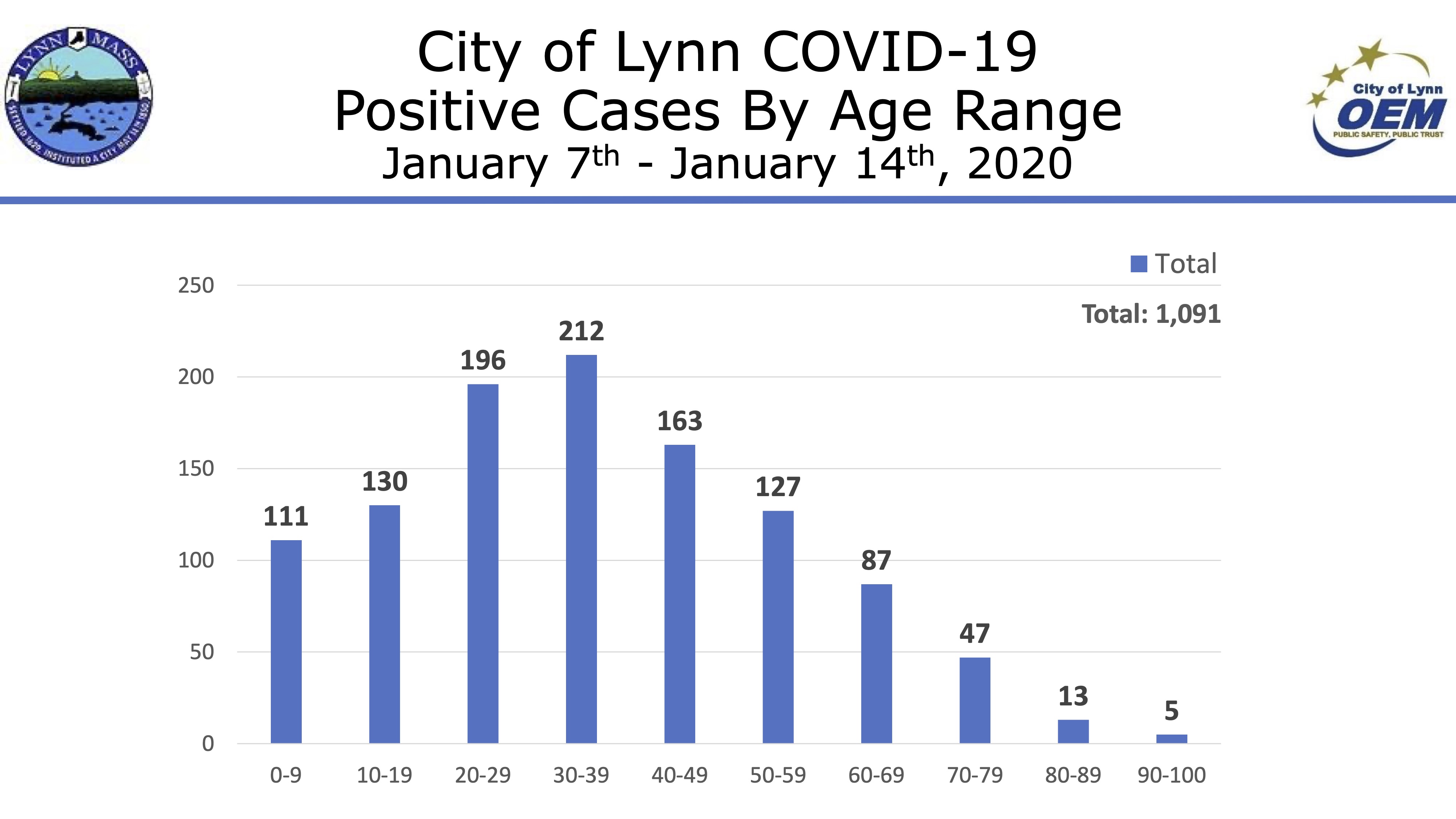 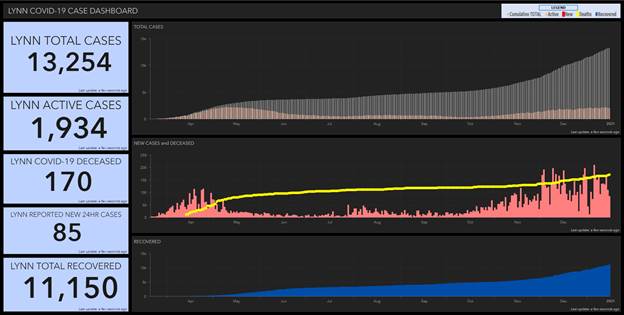 From Mayor McGee’s office: The Lynn Public Health Department has confirmed that as of today, the number of active, confirmed positive COVID-19 cases is 1,934 with 85 new cases today. 11,150 Lynn residents have recovered and 170 have died. The total number of confirmed positive COVID-19 cases in Lynn since March 21, 2020, including those who have died and recovered, is 13,254. Please visit the City of Lynn COVID-19 Data Dashboard which is updated daily.

Please visit http://www.ci.lynn.ma.us/covid19/resources.shtml#p7GPc1_2 for the most up to date COVID-19 Testing information.

We will continue to provide regular updates on COVID-19 and any Snow Emergency Parking Bans through the City website (www.lynnma.gov), social media, and the Smart 911 emergency notification system (sign up at www.smart911.com).