The City of Lynn is currently in a modified Phase 2, Step 2 until further notice. Learn more by clicking here.

The City of Lynn is unfortunately still a high-risk community, although there are signs of hope. On January 5th a new 24-hr new case record was broken with 210 new cases, breaking the previous record of 196 set only a few weeks prior. From Dec. 23rd until Jan. 5th it has been rare for that number to be below 150, and before that numbers were consistently getting higher. However the positive news is that the number of new cases hasn’t been above 140 since Jan. 16th, showing a positive trend in Lynn not seen since early November. Another bit of good news is that deaths related to COVID-19 seem to have slowed in the city with only 10 deaths reported in November, 23 in December, & 14 so far in January.

As calls grow to re-open schools across the state numbers released last week may slow that process. From Jan. 7-13 there were 523 students & 407 staffers across the Commonwealth that tested positive for COVID-19. These cases don’t include those learning remotely & are only for those that reported a positive test within 7 days of being inside school buildings. These numbers are from the Department of Elementary and Secondary Education, who estimate approx. 450,000 students & 75,000 staff currently in public school buildings.

The outlook for the nation is not much better. The United States currently has 24.7 million cases, up from 23.4 million last week. There are currently 96.2 million cases reported worldwide, up from 93.2 million last week. Daily records have been broken for new cases & deaths within 24 hours constantly for months, in particular the last several weeks, proving right predictions that the holiday season would lead to higher numbers. The death toll in the US now sits at approx. 410K with over 4,121 dying yesterday alone. On January 12th the 24-hour deaths record was set with just over 4,406 dead, breaking the record set the previous week.

If you would like to find out full statistics for the entire state, including maps & town-by-town data, you can find the full weekly report from MA Dept. of Public Health by clicking here (link opens a PDF).

For phasing details and the most up-to-date status of where MA is in our vaccination timeline please visit mass.gov/covidvaccinephases

The City of Lynn is pleased to announce a new COVID-19 testing option through a partnership between Mass General Brigham and North Shore Medical Center. A mobile van will offer free walk-up testing for asymptomatic Lynn adults and children every Monday from 1:00-5:00pm in the Manning Field parking lot (entering on Ford Street) for the duration of the winter and spring.
This program is made possible in part through funding from the National Institutes of Health grant and RADx-UP (Rapid Acceleration of Diagnostics in Underserved Populations). For more information please visit http://www.kraftcommunityhealth.org/mobile-covid-testing.

The above info. was sent to us by Mayor McGee’s office.

LCTV will be broadcasting the Essex Media Group’s 2020 Persons of The Year virtual celebration next Thursday, Jan. 28th at 7PM. You can watch on TV (Comcast: 3 / Verizon: 38), live streamed on our website, our Facebook page, or our YouTube channel.

On Tuesday the Baker-Polito Administration announced the expansion of more vaccine locations in each region of the Commonwealth at pharmacies, health care providers and a second mass vaccination site to boost the capacity to administer vaccines per week by the thousands. The Commonwealth will continue to add more vaccination sites throughout Massachusetts.
____________________________
We are currently in Phase 1 of the MA COVID-19 vaccine distribution timeline.
Current eligible groups under Phase 1 include: Clinical and non-clinical health care workers doing direct and COVID-facing care; Long term care facilities, rest homes and assisted living facilities; First responders (EMS, Fire, Police); and Congregate care settings (including corrections and shelters).
____________________________
For info on the COVID-19 Vaccine in Massachusetts, including timelines for various vaccine distribution groups, see: www.mass.gov/covidvaccine
For details on this new announcement, see: https://bit.ly/3bOA1Iu
The above info. is courtesy of the MA Emergency Management Agency (MEMA)

The 14-day public comment period for Housing Lynn: A plan for inclusive growth has been extended by a week! Please submit written comments on plan content to housinglynn@mapc.org by Thursday, January 28.

Visit mapc.org/housing-lynn to review the plan! In addition to the full document and a robust executive summary in both English and Spanish, you’ll see a new one-page overview of the plan.
If you have any questions or wish to submit comments please contact: housinglynn@mapc.org
The above info. is courtesy of the Metropolitan Area Planning Council.

Special thanks to MassAccess for providing us with this summary. 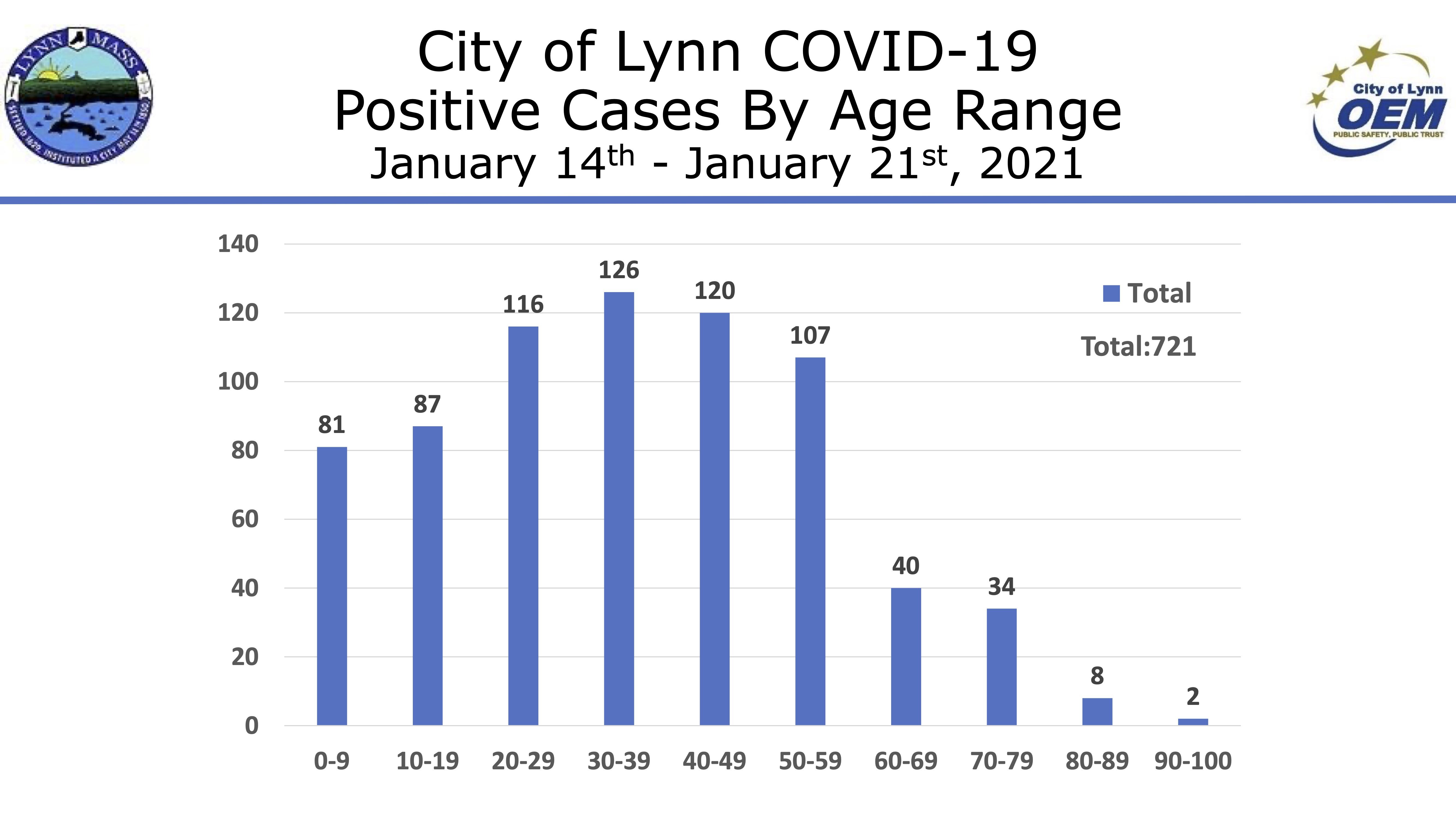 From Mayor McGee’s office: The Lynn Public Health Department has confirmed that as of today, the number of active, confirmed positive COVID-19 cases is 1,914 with 91 new cases today. 11,787 Lynn residents have recovered and 171 have died. The total number of confirmed positive COVID-19 cases in Lynn since March 21, 2020, including those who have died and recovered, is 13,872. Please visit the City of Lynn COVID-19 Data Dashboard which is updated daily.

Yesterday Governor Baker announced the extension of the existing 25% capacity limits for most businesses and limitations on gatherings through 5:00AM on Monday, February 8th. Gathering limits will remain at 10 people for indoors and 25 people outdoors at least until February 8th. The Administration also announced that the Early Closing Order requiring many businesses to close at 9:30pm and the Stay at Home Advisory urging residents to remain home between 10:00PM to 5:00AM would both be rescinded effective Monday, January 25th at 5:00AM. Please read the Governor’s full press release here: https://www.mass.gov/news/baker-polito-administration-awards-another-37-million-in-grants-to-638-businesses-extends

The City of Lynn remains in a Modified Phase 2 Step 2 of the State’s Reopening Plan with the local orders remaining in effect. The Mayor and the Public Health Director will revisit these two local orders before February 1st to determine if Lynn will remain in this modified phase or rescind the orders.

Please visit http://www.ci.lynn.ma.us/covid19/resources.shtml#p7GPc1_2 for the most up to date COVID-19 Testing information.